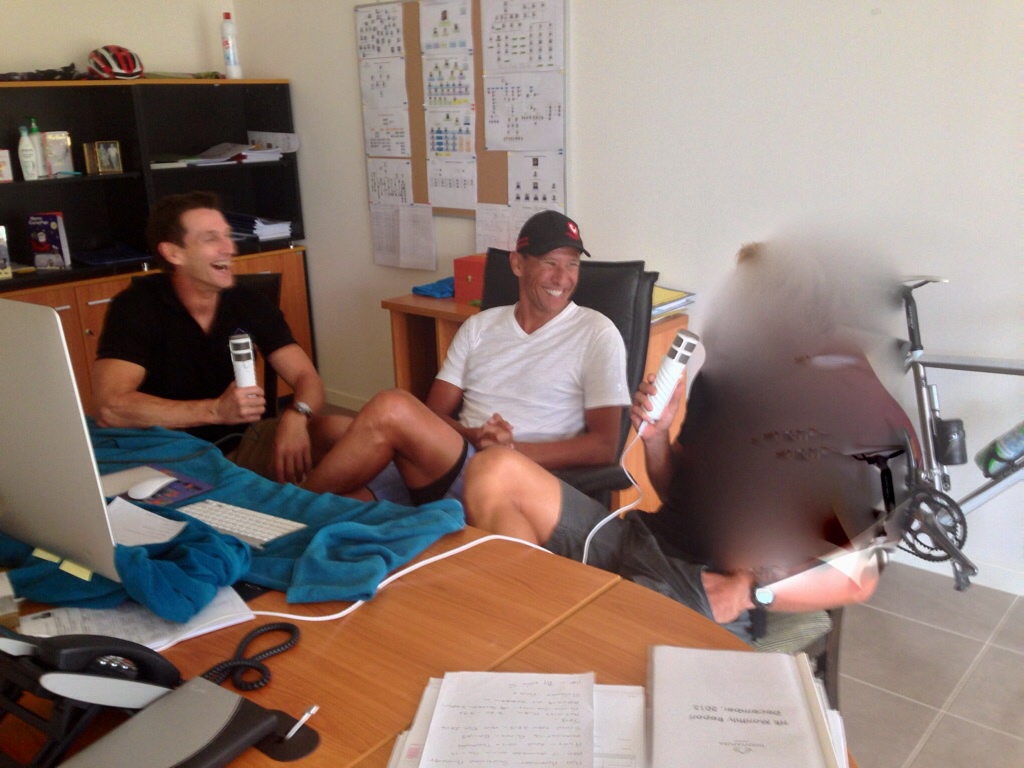 The boyz have on the first ever official guest, multiple Ironman winner and legend in the sport.  Topics covered ... Lace V's Macca Race Macca coaching Xena Jurgen Zach Hawaii Stories Upcoming Camps - www.MaccaX.com/camps The new bolder ....  What Jurgen thinks Macca's weaknesses are Is Jurgen going back to Kona?  Racing in the heat Who will win the 70.3 World Championships this year.    MG and Macca welcome to the show our first international guest Jurgen Zack 8 Ironman distance wins to his name.   Jurgen was a big part of the German dominance at this distance.   Jurgen talked about his voyage into triathlon and IM – starting as a track runner when an injury got him cycling.  Then he found triathlon, taught himself to swim and started racing.   Initially he said he would NEVER race at Hawaii – it looked crazy.    He raced his first Hawaii in 1989 – a virtual unknown – and came 7 th .  He quickly came to realize he loved the atmosphere of Hawaii and would be back.   In 1997 Jurgen finished Roth in 7.51 only to be passed with one mile to go!   Jurgen Zack is not done yet – does he have unfinished business in Hawaii – will the Zack Attack be back?   Macca talked about his role as Caroline ‘Xena’ Steffen’s coach and also the disappointment of the Last Dance with Lance being postponed.   Macca, MG and Jurgen talked about the athletes coming across to long course – the likes of Gomez, Frodeno and the Brownlees – the Wind of Change is here and it’s going to be fascinating!   Also in the show – training camps for 2014 announced, Macca’s pick for the 70.3 Worlds and a wrap up of the Geelong 70.3 last week as well as a lot of fun and humour.     Tags #Jurgen Zack #Jan Frodeno #Emma Snowsill #Dave Scott #Mark Allen #Julie Moss #Dirk Aschmoneit #IM Kona #Wolfgang Dietrich #Challenge Roth #Dr Nicholas Romanov #Peter Reid #Thanyapura #Lance Armstrong #Livestrong #Challenge Philippines #Bevan Docherty #Javier Gomez #Brownlees #IMPanama 70.3 #Emma Moffat #Caroline Steffen #Brett Sutton #Brad Kahlefeldt #Tim Reed #Crowie #IMGeelong 70.3